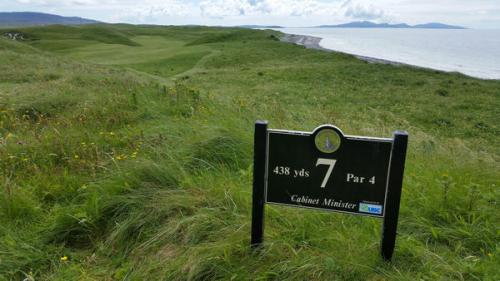 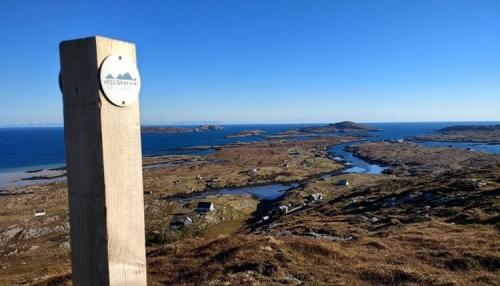 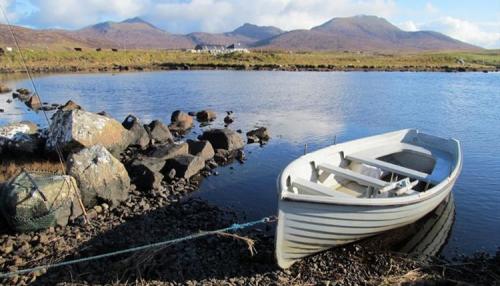 The location of Polochar Inn makes it an ideal base for exploring the Uists, Eriskay and Barra.

South Uist is a beautiful island with mile after mile of white powder beaches to the west and hills to the east, dominated by Beinn Mhor. The machair that borders the beaches provides a marvellous habitat for flora and fauna and is home to the rare Corncrake.  Machair is a Gaelic word meaning fertile low lying grassy plain.

The Hebridean Way is a walking or cycle route across the Hebrides from Vatersay in the South to the Stornoway for the walking route and The Butt of Lewis Lighthouse (the most northern point on Lewis) for the cycle route. The route is a 156 mile long distance walk or a separate 185 mile cycle on NCN route 780. The route passes through 10 Islands linked by a combination of causeways and ferries, over rugged hills and along dazzling Atlantic coastline. Polochar Inn is on The Hebridean Way route, why not call in to re-charge your batteries!

Sporting enthusiasts can have a round of golf at Askernish Golf Course. The world-renowned golf course designer and founder of the modern game, Old Tom Morris came to South Uist in 1891 to create a course at the request of the wealthy landowner, Lady Cathcart, so she could impress her high society guests. The course was restored in 2008 and has received the highest acclaim from the golfing media and beyond.

South Uist, with its alkaline lochs, has some of the finest and most exceptional wild brown trout and sea trout fishing in Europe . There are plenty of oppotunkties for that great catch with approx 800 lochs and lochans on South Uist & Benbecula. Fishing permits can be purchased at the hotel. We also have a large shed which guests can use to store fishing rods.